A downloadable game for Windows

Explore a retro RPG with a modern heart. Unto the Breach combines classic RPG graphics and feeling with contemporary gameplay elements, set amidst a vast world with centuries of developed history.

The moon of Terranis was once a small colony on the edge of human space. Even during the Judgment War, as human civilization was nearly scoured from the galaxy by the Great Enemy, it went unnoticed until the end of the war, when a fleet led by the demon lord Astanathos invaded and laid waste to the system, only finally being defeated through great sacrifice, the survivors left stranded with nearly all their technology destroyed.

Centuries passed. Humanity rebuilt, it went to war with itself and the monsters of the darkness, and life, as it always does, went on. But now the darkness is growing once more, and something is different this time. The shadows run deeper, the madness spreads further. The Five Powers teeter on the brink of all-out war with each other, and the world's peacekeepers are strained like never before.

Alex Girard is a sergeant in the militia of Montblanc, a quiet woodland town. As he begins another boring day of patrols, his growing discontent with his life leads him to ponder a life in the Mercenaries' Guild, traveling the world and seeking true adventure. Maybe if he left home, he could find his friend, Mileena, who left a year ago and hasn't been back since.

After an attack on Montblanc and urging from his grandfather, Alex leaves home with his best friend, Conrad, and discovers the world is far bigger and more complex than he could have ever dreamed.

(Not all features have been fully implemented yet)

I'm not kidding about the amount of lore I've written for this world.

In order to download this game you must purchase it at or above the minimum price of $1 USD. You will get access to the following files:

Unto the Breach - Episode Zero.exe 115 MB 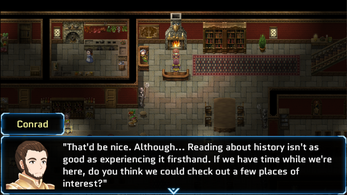 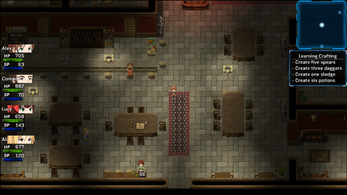 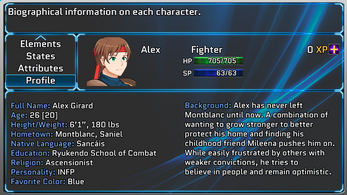 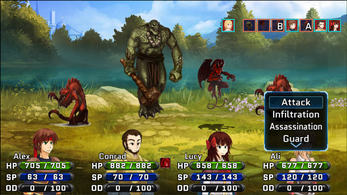 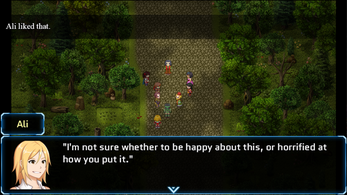 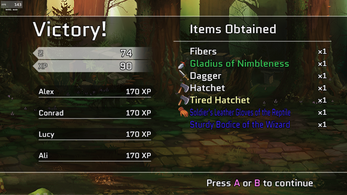